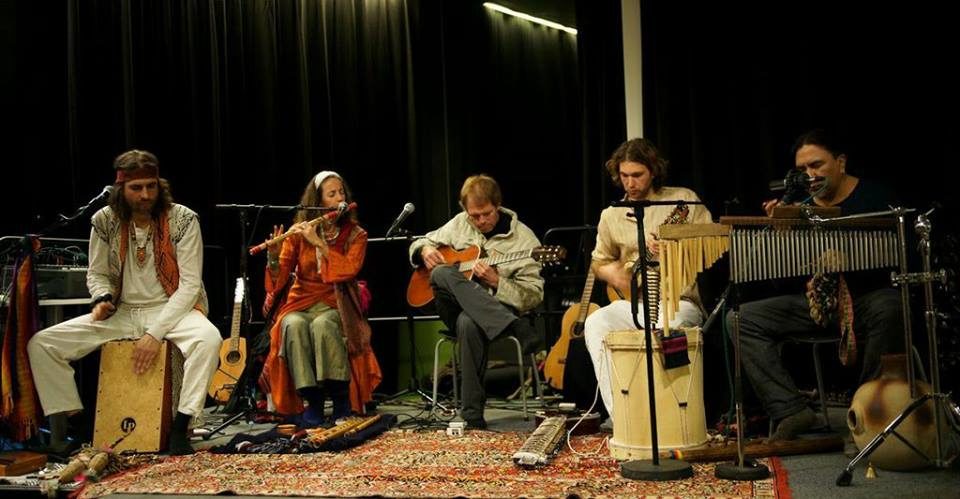 Prem Sudeva (Marco Bandera) had been interested in ethnic and world music since young age and beside being a drummer has explored different percussions like djembe, darbouka and cajon until he met his tabla teacher Keshab Kanti Chowdhury in 2004 while living in Spain. Since then the tabla has become his main instrument of study and performance. Since last year Sudeva is uniting his rhythmical skills with melody through the Handpan-Disco Armonico which has become a true passion.

Tal Zimra Coleman is a musician, composer, sound healer, story teller and multi-instrumentalist. She has studied under Pandit Hariprasad Chaurasia, the great Indian music master and flutist, both in India and at the Rotterdam Conservatory of Music. Tal has also studied at the Norwegian Musikk høgskole in Oslo. Tal’s knowledge has been lovingly applied to exploring and teaching the healing aspects of music for the last 25 years. She has studied sound healing with many teachers such as: Jill Purce, David Hykes, Dr John Beaulieu and Silvia Nakkach.